Today we are unlocking the secrets of the cosmos or the universe. And we all know that, the cosmos could focus on the most extreme events of the universe, when the basic fabric of space and time is shaking up, like the supermassive black hole, the exploding stars(supernova), screaming jets of gases and the galaxies, etc. But now a days astronomers are using high-tech telescopes. That is receiving the signals, which is revealed by the cosmos or hidden universe. The cosmos is already, or ever was, and ever will be.

The cosmos is beyond comprehensible in its size, age, and violence. Moreover, modern astronomers are racing to uncover new secrets of the universe with the help of telescopes. Which is bigger in size, with the higher and more advanced technology used ever before. But modern astronomical telescopes has continued to open up vaster and vaster the universe, since the start of the 20th century. But, these telescopes continues to take us beyond the planets. And beyond the galaxies to see the kinds of stuff of the universe. Which we never had thoughts about nor ever imagined anyone. And it shows the very birth or fate of the universe.

The cosmos, it is simply the universe. The word cosmos derived from greeks word(kosmos means order, harmony, and the world). This implies the viewing of the universe as a complex orderly entity or system. And so, the study of the cosmos is known as cosmology.

Cosmology is the branch of astronomy, that deals with the study of origin, and evolution. And the eventual fate of the universe. From the very beginning of the universe(since from Bigbang) to today, and to the future.

What is beyond our planet earth and solar system?

The Planets of our solar system, the majestic ring of Saturn. And the rolling cloud of a storm, on the surface of the Jupiter, and beyond it. So, the Astronomers are discovering, exoplanets orbiting other stars. But, beyond our galaxy, another 100 billion galaxies are present in our universe. Like Andromeda, Whirlpool, and Sombrero galaxies, etc. And each of these galaxies orbiting hundreds of billions of stars. And each star having its own planetary system.

Moreover, Astronomers detected supermassive Blackholes, Which are spinning violently in the center of the galaxies. Even at center of our galaxy(Milkyway), we have a massive black hole known as Saggitarius A*. So, we ourselves are a witness of the supernova explosion of stars, which is a million light-years away from us. But, Deep inside the cloud of gases, and dust(called Nebulae). They can give birth, to the new stars born.

Major Components of cosmos or universe:

The major components of the cosmos are given below:

Stars are the massive astronomical celestial body or spheroid of plasma. That is held together by their own gravitational pull. It mainly consists of hydrogen and helium gas or fuel. And interstellar dust cloud(nebulae) are responsible for the birth of stars. The nearest star to our planet earth is The Sun. In addition, the Proxima century and The Alpha century are the nearest stars to our solar system.

Galaxies are the very vast cosmic islands or sprawling system. That has huge collections of gas, dust, and dark matter, etc. And these are also held together by their own gravity. In the observable universe, there are suggested more than two trillions of galaxies are present. But, some of the known galaxies are Milkyway(Our galaxy), Andromeda, and Whirpool, etc.

Blackholes are the cosmic vacuum cleaner. A region in space-time, where the gravitational pull is so strong, nothing can escape from it. Even electromagnetic radiation, such as light, X-rays, or any other cosmic radiation. But, in our center of the galaxy(Milky Way) having a supermassive black hole called Sagittarius A*. Moreover, some known black holes in our universe are, M87’s black hole, Ton 618, IC 1101, and, Homberg 15A, etc.

Introducing the Concept of dark matter and dark energy:

Now the latest telescope is built, to revealing the invisible mystery of Dark matter, and Dark energy. The hidden characteristics of our entire cosmos. That binds the galaxies, with gravitational attraction by the dark matter. And Dark energy is a powerful, and invisible force, that pushing our universe apart. 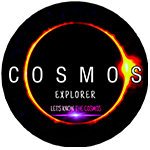